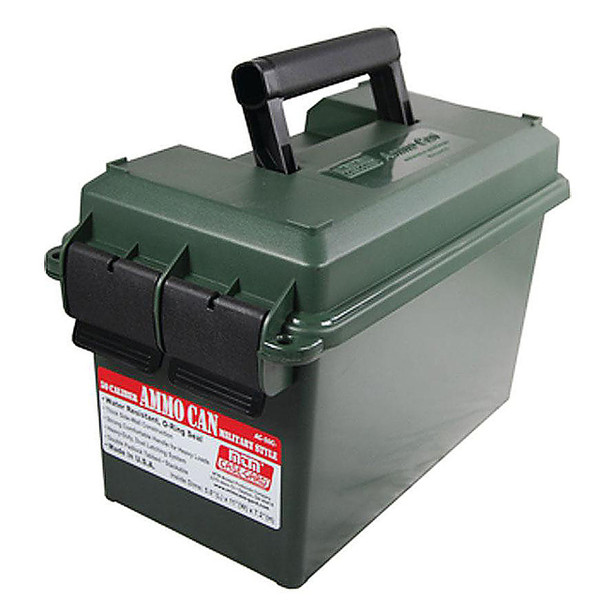 MTM ammo cans are a great way to store bulk or boxed ammo. Its all plastic design is lighter in weight than the 50 caliber US Military Surplus Ammo Can. Transferring ammo to and from the range, just became a little easier! Ideal for ammo storage.

Molded out of rugged polypropylene plastic, these comfortably handled ammo cans will hold up to some pretty harsh treatment. Utilizing MTM's tongue and groove O-Ring seal system for a superior water-resistant seal, the 50 cal can is designed to fit the same amount of bulk ammo storage as the original. A heavy-duty dual latching system makes for a better seal and less likely to open accidentally. Double padlock tabs along with molded-in stacking ridges, make these solid containers the perfect solution to so many storage needs.

The 50 Caliber metal military ammo cans were originally designed to be used for 50 BMG 100 round linked belts. They sometimes came marked as M2 or 5.56mm or have various other ammunition and military markings.

MTM Tactical Magazine Can for AR15

MTM Tactical Magazine Can for AR15